Studying away from home can surely seem to be a daunting task when it comes to blending in with people of other cultures and also people of different tongues. So why exactly do we hesitate? Why aren’t we at ease when we converse with people with different accents and why do we have certain mind blocks that make us feel that we ‘DON’T FIT IN’? If these are the questions that put you to a musing, well today I shall try to put them to rest.

One of my friends recently moved abroad to Singapore to pursue her studies in the field of architecture. So, while conversing about the same, I asked her how exactly she interacted with people. And in all honesty, her answer put me off a little: she asked me what exactly I meant!

After inquiring about the subject, I made some startling revelations.

During the initial days of her stay, her mindset was hardwired to ‘make friends’ – the stage of the ‘Initial euphoria’– which is why all she did was to try to approach strangers who seemed friendly enough to hold a conversation. The topic? Well, the topics were random to say the least with salutations and gestures about the weather being the most frequent lines of approach. Physical gestures and expressions seemed to be reciprocated by the people and attempts at conversation were taken in positive light. So everything was panning out smoothly until this mindset of ‘making friends’ was prevalent. No sooner had this notion died out, than the problems started creeping in. Random topics no longer seemed to do the trick due to whatsoever reasons and initiating conversations was altogether a different ball game. The track of the conversations became more formal and ice breaking sessions and introductions were the way to go.

And well, as the days passed by and as she got acclimatized to the Singaporean culture, making friends and social interactions no longer seemed to be a problem. I have a question for you at this point in time: had you considered the possibility of her having a core group of friends which were from the same culture as she is and then the group spread out to including more diverse members? In this incident, this surely was the case. A group of Indian friends organically grew to the inclusion of friends from other cultures like that from Malaysia, Israel and the native Singaporeans.

So, what can we conclude from this interaction? A group which started off with people from the same country (possibly roommates or classmates), gradually developed into a more enterprising group consisting of members from various cultures.

Which is true only until the point that you haven’t interacted with people from other cultures. Human psychology states that individuals of a particular community tend to be relatively more at ease rather than that with members of other communities. The validity of this statement is also subjected to the ability of the individual to ‘Break Their Inhibitions’ and to actually make an effort to socialize.

It is so often observed that students who go overseas in order to pursue their studies face with social issues like feeling homesick, racial discrimination or feeling inferior to their counterparts based on the way of deliverance of their language or their social status in the university. So, how does one tackle this issue? How does one deal with the language barrier and overcome the culture barrier? How does one start to interact with people from other cultures? 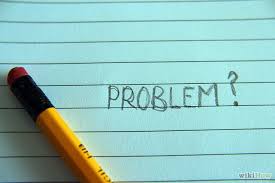 After the initial euphoria has died down, a lot of students face various types of problems such as not having friends from the host nation despite spending a considerable amount of time with them, developing a feeling of homesickness and even the unstructured pattern of the course does not meet with prior expectation. This in turn triggers various psychological and physiological symptoms like the exhaustion and constant fatigue, abuse of intoxicating substances like alcohol and drugs, incapacity to remain calm and composed and get easily worked up at the tiniest of situations.

Are these some of the things that you are going through? Have I resonated with your thoughts? Well here are a few tips to maintaining a positive lifestyle in your new host country.

Try and keep in contact with your friends and family members back at home. Video calls with your family and friends will enable you to remain optimistic and enthusiastic about the course that you are pursuing. Loneliness will no longer be an issue and you can pour your heart out to your inner group of members.

In due course of time, you will have settled into the culture and lifestyle that your overseas course has to offer and during then, these video calls will slowly reduce in duration and then will evolve into telephonic conversations! It is just a matter of time before you overcome the initial storm and conquer these new waters.

Try and forge healthy habits like exercising and socializing with the locales. Staying indoors for long periods will not only hamper your social life, but it will also lead to the degradation of your health. Eating healthy food like fruits and leafy vegetables and keeping yourself hydrated not only provides you with your required dose of vitamins and minerals, but it also goes a long way in maintaining a positive mindset.

Identify areas or activities wherein you can de-stress yourself and thus can form an outlet for all the nervous energies that have been developing within you. Not only will you achieve a relaxed mind, these activities will help to increase your attention span which will in turn be reflected in your academics.

Engage yourself in various activities that interest you keeping in mind that you do not restrict yourself to the ones with your campus. Inquire among the locals regarding which activities are held and try to volunteer for these. Having an array of activities will diversify your social group and thus will help you overcome the feeling of homesickness or loneliness that many students usually tend to complain about.

Doing your homework in regards to the country, their native language, their cultures and so forth will be beneficial in terms of socializing. Also, this previous background study will be helpful for you when you need to indulge yourself in activities or so forth. Having knowledge of the various tourist attractions in and around the city will help you organise effective trips thereby boosting your social stature.

Studying abroad can be a daunting task especially after facing the initial ‘cultural shock’, however there are various steps that you can take in order to ensure a smooth transition into your country. Quoting my friend who has a very relevant point, ‘Why worry about someone who you can’t be? You should instead try to be the best version of yourself!’ If you are able to develop this sort of mentality, I am sure that you will be the best version that you can be of yourself!

However, the big question is, CAN YOU HANDLE THE PRESSURE?

After reading this article, you sure can!