“This trophy is not just mine. It is for my Real Madrid team-mates, the Croatia national team and all my coaches. This is also for my family, without who I would not be the player I am.”

-Luka Modric after winning FIFA Player Of The Year 2018.

The 2018 edition of the FIFA World Cup had brought to light some of the finest midfielders, including Croatia’s captain, Luka Modric.

An inspirational effort from him and the team saw Croatia better the result that their predecessors- the ‘Golden Generation’ of 1998. The semi-finals was the best result that the Croatian team could concur up prior to this tournament, Modric being the key elements to their success. Along with Barcelona’s Ivan Rakitic, the duo pulled the strings from the midfield which saw the demise of many fancied opponents like Argentina. Mario Mandzukic in the attacking third of the field was instrumental in finishing of the moves created in the midfield, not taking away from the performances from the likes of Perisic, Rebic and Vida. 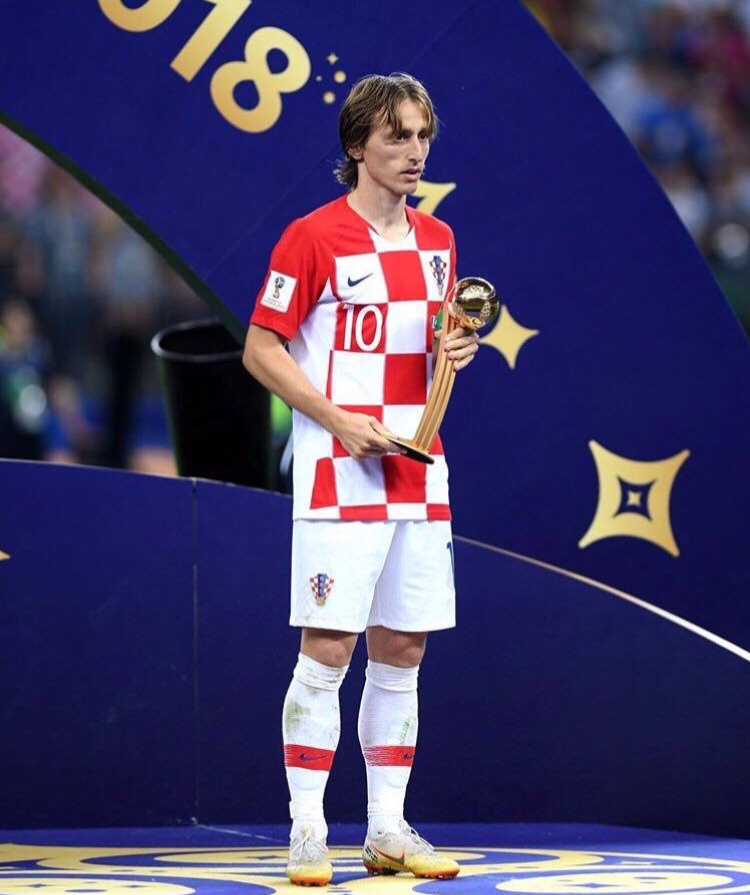 The stellar performances in the World Cup meant that Luka Modric (Real Madrid) was voted ‘Player Of The Year’, ahead of the likes of Cristiano Ronaldo (Juventus) and Mo Salah (Liverpool).

Here are some of his stats during the 2018 World Cup-

Most Accurate Long Balls By An Outfield player (41)

If those stats aren’t enough to make you the best player in the world, there isn’t much one can do. A stunning year for the Croatian midfield maestro marked by the perfect award to show for his efforts.